Autonomous Haulage Systems have had significant uptake in the mining industry, with all major manufacturers offering platforms as autonomous either from the factory or upgrade paths for existing fleets. Communications infrastructure providers have also grown to support these operations, saturating mine sites with a new level of network speed and coverage.

This leads into the other opportunities to improve operations now that sites have been delivered higher performing networks. In response, AVI has designed and developed software defined networking systems that will manage and deliver your site data, allowing you to connect, inspect and configure devices that were difficult to do previously.

Some examples of this include bore water pumps or dewatering applications, where an AVI device such as the AVI 9111 LTE Modem can be connected to these stations and information regarding flow rates can be accessed via your existing network. Or even HUMS (Health and Usage Monitoring Systems) data that exists on generators or fixed plant can now be routed via your LTE or Wi-Fi network in real-time. This huge amount of data can be accessed across site functional groups allowing issues to diagnosed before sending out a technician – or team of them.

Issues often encountered when employing a new fleet of sensor equipment across the vast areas often covered by Australian sites is the ability to transport that data across multiple networks, for example, if you have water pumps in a Wi-Fi area of the mine and some located in the LTE area, a single monitoring application could not handle the network translation changes for both those pumps without assistance. Here AVI is ready to help, our LANpipe technology suite seamlessly directs those data packets (and the application won’t even know it’s happening), reducing network design costs and overheads. Contact our AVI team for more information about how you can leverage your existing network. 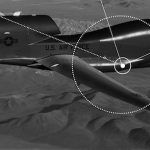 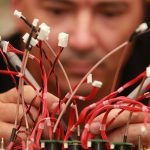